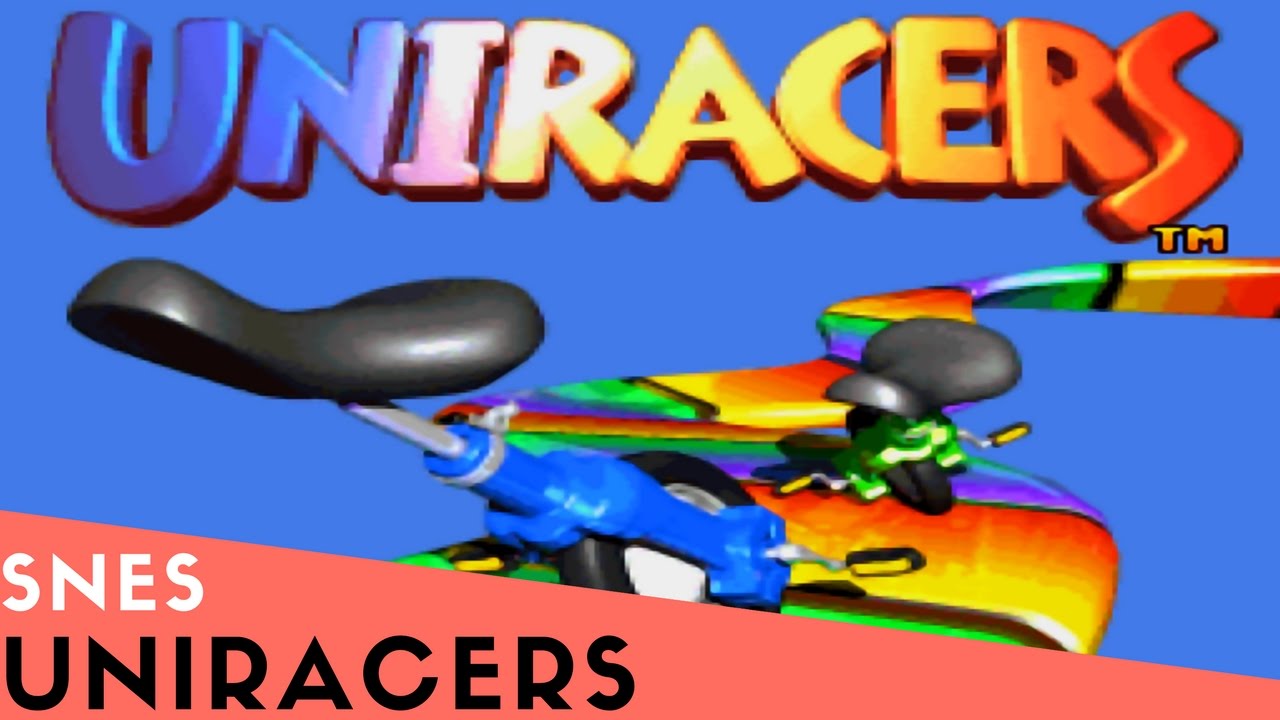 Uniracers, released as Unirally in PAL territories, is a video game created by DMA Design and Nintendo of America for the SNES in North America in December 1994 and in the PAL territories on April 27, 1995. The game focuses on fast moving action, and was released to show that the SNES could handle games similar to SEGA’s popular Sonic games.

The gameplay of Uniracers involves racing riderless unicycles around a 2D track. Heavy emphasis is placed on performing stunts. Performing stunts causes the unicycle to go faster on race or circuit tracks and earn points on stunt tracks. The stunts that can be performed are relatively simple, mostly only involving jumping in the air and rotating about a given axis in 3D space. The idea is to be able to perform these stunts quickly in tight situations while landing the unicycle on its wheel to avoid wiping out, which results in the loss of accumulated speed.

The game features nine tours of five tracks each (two race, two circuit, one stunt) for a total of 45. Beating each of the first eight tours requires defeating computer-controlled opponents for each of bronze, silver, and gold ranks. The last circuit features the Anti-Uni as the computer-controlled opponent. During that tour, touching the Anti-Uni causes several odd effects, such as the track becoming invisible, the controls reversing, and the background no longer moving in sync with the actions.

Split-screen two-player modes are available as well, including a league mode that allows up to eight players to compete in one-on-one races. There are 16 different colored unicycles to choose from, each with a save file and customizable name.

The track is made of bars with patterns on them which correspond to the track’s properties at or near that point. For example, a solid yellow bar indicates a shortcut and orange/yellow bars indicates an upcoming hazard. There are also various obstacles like speed-ups, corkscrews, loops, twists, and of course, jumps.