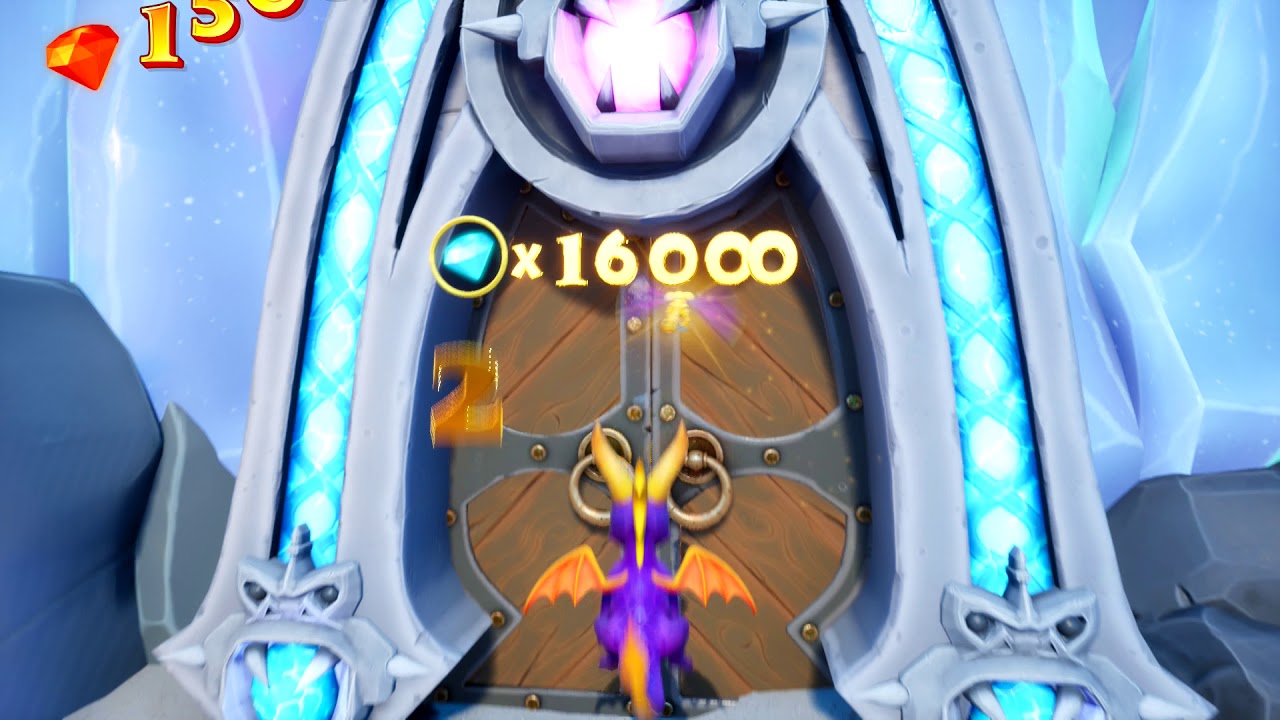 Planning on buying anything from Amazon? Please use my referral link when doing do, it REALLY helps me out, which I could use any help I can get at the moment. Thanks in advance:

Game Version At Time Of Recording: 1.02

The Super Bonus Round is the final realm in Spyro: Year of the Dragon and in the Reignited Trilogy remaster of the third game. It can be accessed in the Midnight Mountain homeworld after collecting all 15,000 gems and all 149 Dragon Eggs from the other realms.

When Spyro enters this realm, which is revealed as a mountainous and snowy with poisonous pink water all around, he is greeted by Bianca, who tells him that this place is where the Sorceress stashed all her treasure. However, thieves came and took some of it.

Spyro is known for being courageous, headstrong, eager and arrogant. He has an immutable sense of heroism, friendliness, and has a fiery personality. He has little concern for his own safety and can be irresponsible at times, being extremely curious and hardly ever cautious, which could get him into trouble. Spyro gets into lots of mischief and is known to be cocky, a trait that can lead to his downfall. He has become much more arrogant after the events of Spyro: Year of the Dragon, and in more recent outings, has actually denied help to those who did not expressly indicate that they would award him. Despite this, he still saves the world, even if it is not willingly.

Year of The Dragon Plot:
The game opens with a celebration in the land of the dragons, where Spyro and his kin are celebrating the “Year of the Dragon”, an event that occurs every twelve years when new dragon eggs are brought to the realm.[8] During the celebration however, Bianca invades the Dragon Realms with an army of rhino-based creatures called Rhynocs and steals all of the Dragon eggs, bringing them back to the Sorceress, who spreads the eggs throughout several worlds. The worlds are split up into four home realms: Sunrise Spring, Midday Garden, Evening Lake, and Midnight Mountain.[8] Spyro, Sparx, and Hunter are sent down a hole to find the thieves and recover the dragon eggs.

While pursuing the thief, Spyro discovers a world once inhabited by the dragons, but long abandoned and forgotten. This world is under the iron-fisted reign of the Sorceress and her Rhynoc army. Spyro meets with Shiela the Kangaroo, Sergeant Byrd the Penguin, Bentley the Yeti, and Agent 9 the Monkey who help him on his quest. Shiela in particular tells Spyro how when the dragons left the realm, the world’s magic began to dry up. Spyro travels through each world in the forgotten realm, acquiring aid from the local inhabitants and rescuing the dragon eggs. It is revealed that the Sorceress not only actually banished the dragons originally without realising they were the source of her kingdom’s magic, but is seeking not the baby dragons themselves, but merely their wings to concoct a spell that can grant her immortality.

Spyro Reignited Trilogy is a platform video game developed by Toys for Bob and published by Activision. It is a collection of remasters of the first three games in the Spyro series: Spyro the Dragon, Spyro 2: Ripto’s Rage! and Spyro: Year of the Dragon. The game released on PlayStation 4 and Xbox One on November 13, 2018.
Credit: Wikipedia #Spyro #SpyroReignited #SpyroReignitedTrilogy