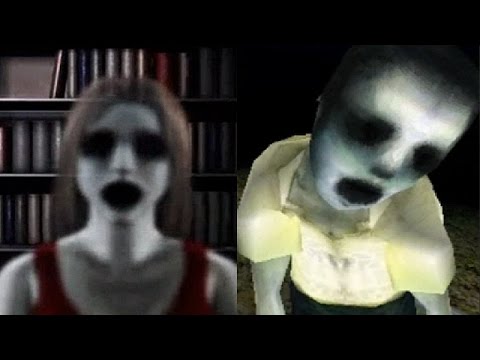 A playthrough of Square Enix’s 2008 survival horror game for the Nintendo DS, “The Nameless Game”, or ナナシノゲエム (Nanashi no Game) in Japan.

This video shows finding each of the special objects and getting the good ending.

This is a fan-translated English version of the original Japanese-only release of the game. It’s quite well done – easily on par with the official translation jobs handled by Square Enix themselves.

The story is a lot like The Ring. If someone plays a game being sent around on their “TS”, they’ll die within seven days unless they successfully finish it. You search the real-world for clues trying to find the origin of the game, but the closer you get, the more warped everything becomes.

Each day begins with receiving an update to your TS RPG game, and as you play each installment and more people die from the curse, the in-game game starts to effect the real world and the lines start to blur. It’s absolutely crazy and I don’t want to spoil any of it, but it’s utterly fantastic. It holds the tension something crazy, and will give you a heart attack at a few points with its jump scares. There are also a few gross scary moments, nicely done with FMV.

I absolutely loved the styles that the game used. The graphics are amazing for a DS game in the “real world” with its fully-explorable 3D environments, and they are quite a convincing recreation of a Dragon Warrior game circa 1990 on the NES. The mix itself is pretty unnerving – especially when most of the hard-hitting dialogue takes place between tiny sprites alongside a bleep-bloop music track. It’s quite good for bleep-bloop though.

I was shocked that a DS game could actually be scary, but this one succeeds!

Random note – the game often requires you to turn the DS on its side to walk through the 3D areas, so I edited the video to reflect this. I put the DS Lite system frame in to separate the video to keep the two screens line-up properly. Without this gap to mimic the distance between the system’s two screens, the images don’t align properl, and the result is pretty unattractive and distracting. There is one slip in the editing that I didn’t catch in time – just after the seven-minute mark there is an email screen that I forgot to rotate. It only lasts 20 seconds or so. Besides that, everything should be good for how many times I checked the damn video. 🙂

It’s almost Halloween and I thought that this would make for a perfect upload. It’s short, it’s scary, it’s totally awesome in how it mixes such different genres to such great effect.
________
No cheats were used during the recording of this video.